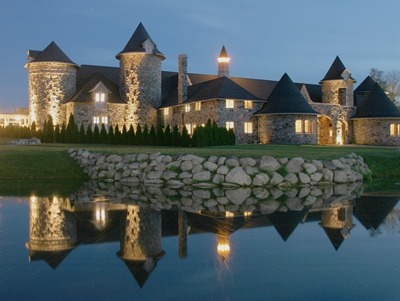 One of the most unique and spectacular locations found in the Charlevoix area is historic Castle Farms. Built in 1918 by Albert Loeb (acting president of Sears, Roebuck & Company), Loeb Farms (as it was known then) was designed as a working model dairy farm to showcase products available in the Sear's catalog. 35 European craftsmen worked with local men and local field stone to fashion this Northern Michigan castle based on the architecture of the soaring stone towers found in barns and castles of Normandy, France. 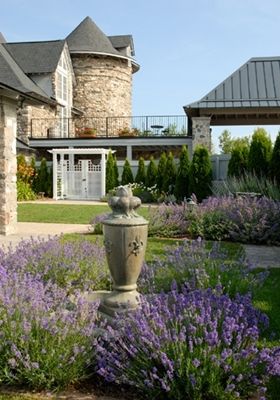 For 10 years, Loeb Farms flourished; then came the Great Agricultural Depression. Following the family's 1927 decision to close the farm, the buildings were used for storage purposes, and eventually fell into disrepair. In 1962, John VanHaver purchased 100 acres of the original Loeb Farms, hoping to create an artist's Mecca. After restoring some of the buildings, he renamed the property Castle VanHaver and in 1962 opened to the public for tours. By 1969, financial concerns forced him to sell the property to Art and Erwina Reibel, who changed the name to Castle Farms. A massive concert stage was built, and from 1976-1993, Castle Farms played host to more than 100 different rock groups, including Aerosmith, the Doobie Brothers, Chicago, Willie Nelson, and The Beach Boys. 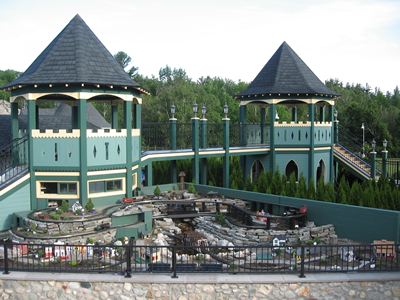 Following Art Reibel's death in 1999, Castle Farms was put up for sale. In 2001, Linda Mueller of Long Beach, Mississippi, became the fourth owner. Her restoration of the buildings, faithful to the original designs, occurred over a period of four years, and by 2005, Castle Farms welcomed visitors for weddings, tours, and other events. Today, Castle Farms of Charlevoix is one of the Midwest's premier wedding venues.

Along the way, visitors can play a game of gigantic chess, feed the fish in the rainbow trout pond, wander through the hedge maze, and search for gnomes and fairies that make the Enchanted Forest home.

Railroad buffs, plus kids of all ages, love the Outdoor Model Railroad, the largest in Michigan, which includes 2,500 feet of track and 70+ trains operating at one time. The lines include 1890s era steam and 1950s era diesel locomotives with six different tracks on three levels. Built in 2008 and expanded in 2010, this garden railroad is easily one of the largest (if not THE largest) working model railroads in the State of Michigan!

History is alive at Castle Farms of Charlevoix with antique trains, castles, and toys displayed throughout the buildings, along with memorabilia from royal families worldwide. A museum showcases items from 1918, the era when The Castle was built.

Garden lovers will appreciate the magnificent garden settings found throughout the grounds--from the whimsical Alphabet Garden, formal English gardens set amidst backdrops of stone walls and soaring towers, and gentle flowing lawns leading into romantic cobblestone courtyards. The extensive gardens at The Castle of Charlevoix come into bloom in varying stages throughout the year, providing a constant background of color.

More About Charlevoix in Northern Michigan...


For more activities & attractions, check out these additional links for Things to Do in Northern Michigan:

Harbor Springs, Michigan -- Harbor Springs is the place to try new things! Rent a bike or a kayak, go snow tubing, attend a concert or an art fair, or play a round of golf with friends.
Petoskey -- There's so much to do in Petoskey from the Bear River Valley Recreation Area, to Petoskey State Park, to biking, golfing, hiking, and more.
Charlevoix, Michigan -- Visiting Charlevoix in Northern Michigan is a fun-filled vacation with great beaches, boating, skiing, fishing and year 'round family fun.
Things to Do in Boyne City, Michigan -- Nothing is quite like Boyne City in Northern Michigan with camping, boating, skiing, year 'round outdoor activities, and of course, the morel mushroom!
Lots of Activities in Mackinaw City, Michigan -- Explore Mackinaw City in Northern Michigan for history, the International Dark Sky Park, and outdoor activities.
Mackinac Island -- Take a step back in time and find lots of things to do when you visit Mackinac Island by horseback or bike--no cars allowed!
Northern Michigan Activities & Things to Do -- Northern Michigan offers many fun things to do for the entire family whatever the season, whatever the reason!